A new article from the Wall Street Journal reports that Secretary of State Mike Pompeo lied to congress about the measures Saudi Arabia is taking to minimize the civilian casualties in its catastrophic war on Yemen, and that he did so in order to secure two billion dollars for war profiteers.

This is about as depraved as anything you could possibly imagine. US-made bombs have been conclusively tied to civilian deaths in a war which has caused the single worst humanitarian crisis on earth, a crisis which sees scores of Yemeni children dying every single day and has placed five million children at risk of death by starvation in a nation where families are now eating leaves to survive.  CIA veteran Bruce Riedel once said that “if the United States of America and the United Kingdom tonight told King Salman that this war has to end, it would end tomorrow, because the Royal Saudi Airforce cannot operate without American and British support.” Nobody other than war plutocrats benefits from the US assisting Saudi Arabia in its monstrous crimes against humanity, and yet Pompeo chose to override his own expert advisors on the matter for fear of hurting the income of those very war plutocrats.

If the so-called “Resistance” to Trump was ever actually interested in opposing this administration in any meaningful way, this would be the top trending news story in America for days, like how “bombshell” revelations pertaining to the made-up Russiagate narrative trend for days. Spoiler alert: it isn’t, and it won’t be.

Starving children are being forced to eat leaves in a desperate bid for survival, as conditions in Yemen become a ‘living hell’. pic.twitter.com/KyIrUW9Dac

It would be so very, very easy for Democratic party leaders and Democrat-aligned media to hurt this administration at the highest level and cause irreparable political damage based on this story. All they’d have to do is give it the same blanket coverage they’ve given the stories about Michael Flynn, George Papadopoulos and Paul Manafort which end up leading nowhere remotely near impeachment or proof of collusion with the Russian government. The footage of the starving children is right there, ready to be aired to pluck at the heart strings of rank-and-file Americans day after day until Republicans have lost all hope of victory in the midterms and in 2020; all they’d have to do is use it. But they don’t. And they won’t.

The US Senate has just passed Trump’s mammoth military spending increase by a landslide 92-8 vote. The eight senators who voted “nay”? Seven Republicans, and Independent Bernie Sanders. Every single Democrat supported the most bloated war budget since the height of the Iraq war. Rather than doing everything they can to weaken the potential damage that can be done by a president they’ve been assuring us is a dangerous hybrid of equal parts Benedict Arnold and Adolf Hitler, they’ve been actively increasing his power as Commander-in-Chief of the most powerful military force the world has ever seen.

The reason for this is very simple: President Trump’s ostensible political opposition does not oppose President Trump. They’re on the same team, wearing different uniforms. This is the reason they attack him on Russian collusion accusations which the brighter bulbs among them know full well will never be proven and have no basis in reality. They don’t stand up to Trump because, as Julian Assange once said, they are Trump.

Stand up to Trump? They are Trump. https://t.co/OFriDAhFub

In John Steinbeck’s The Pearl, there are jewelry buyers set up around a fishing community which are all owned by the same plutocrat, but they all pretend to be in competition with one another. When the story’s protagonist discovers an enormous and valuable pearl and goes to sell it, they all gather round and individually bid far less than it is worth in order to trick him into giving it away for almost nothing. US politics is pretty much the same; two mainstream parties owned by the same political class, engaged in a staged bidding war for votes to give the illusion of competition.

In reality, the US political system is like the unplugged video game remote that kids give their baby brother so he stops whining that he wants a turn to play. No matter who they vote for they get an Orwellian warmongering government which exists solely to advance the agendas of a plutocratic class which has no loyalties to any nation; the only difference is sometimes that government is pretending to care about women and minorities and sometimes it’s pretending to care about white men. In reality, all the jewelers work for the same plutocrat, and that video game remote won’t impact the outcome of the game no matter how many buttons you push. 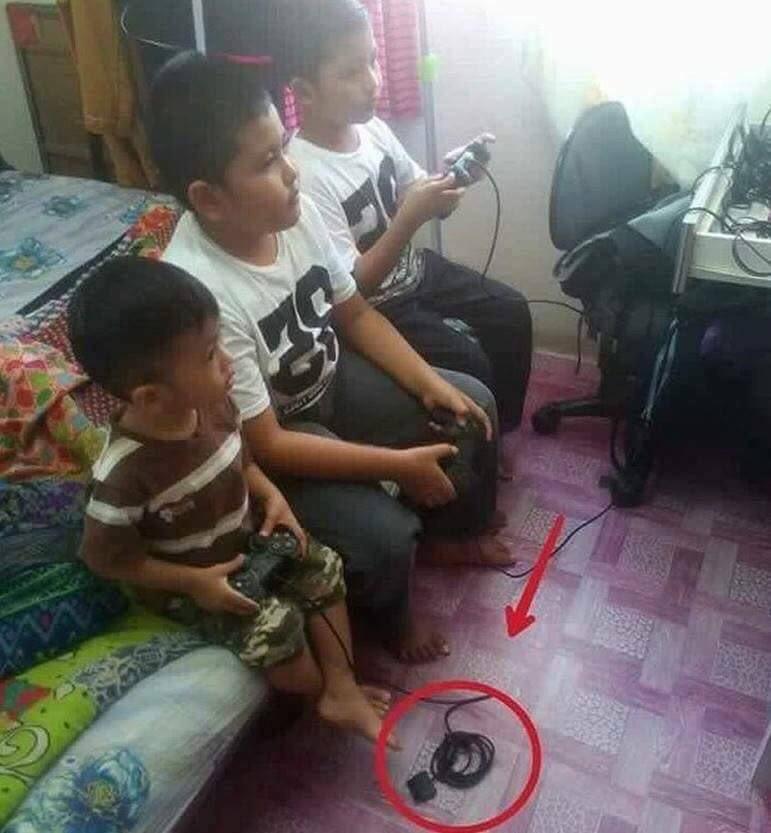 The only way to effect real change is to stop playing along with the rigged system and start waking people up to the lies. As long as Americans believe that the mass media are telling them the truth about their country and their partisan votes are going somewhere useful, the populace whose numbers should give it immense influence is nullified and sedated into a passive ride toward war, ecocide and oppression. If enough of us keep throwing sand in the gears of the lie factory, we can wake the masses up from the oligarchic lullaby they’re being sung. And then maybe we’ll be big enough to have a shot at grabbing one of the real video game controllers.

Thanks for reading! The best way to get around the internet censors and make sure you see the stuff I publish is to subscribe to the mailing list for my website, which will get you an email notification for everything I publish. My articles are entirely reader-supported, so if you enjoyed this piece please consider sharing it around, liking me on Facebook, following my antics on Twitter, checking out my podcast, throwing some money into my hat on Patreon or Paypal, buying my new book Rogue Nation: Psychonautical Adventures With Caitlin Johnstone, or my previous book Woke: A Field Guide for Utopia Preppers.

Trump Is Still No Closer To Impeachment. At What Point Do Russiagaters Lose Faith?

This Australian "journalist" has spent months running around Twitter going after Australian news media figures who defend Assange, telling them Assange is guilty of hacking crimes and should plead guilty. He's working to manipulate discourse about Assange in the Australian press. https://twitter.com/LJPatton/status/1543936629236441088

In @RStatecraft today, I examine calls for a US-led naval coalition to break Russia's blockade of Ukrainian ports. These proposals are framed as a 'humanitarian mission' — but in reality, this would be a military operation with great risk of escalation.
https://responsiblestatecraft.org/2022/07/06/humanitarian-sea-missions-to-protect-ukrainian-grain-exports-risk-wider-war/

An all-time classic from @caitoz

This Australian "journalist" has spent months running around Twitter going after Australian news media figures who defend Assange, telling them Assange is guilty of hacking crimes and should plead guilty. He's working to manipulate discourse about Assange in the Australian press.

Laurie Patton is The Lucky General@LJPatton

@Wendy_Bacon @ABCmediawatch Only some files were redacted Wendy. But that’s not the point. #Assange is charged in relation to their theft, not their publication. The Swedish issue is also an irrelevant side issue. #Mediawatch was very fair. He needs to do a plea bargain.

Wrong tag sorry. Here it is again For anyone who watched @ABCmediawatch on #Assange: Could I inform you that #Wikileaks did redact files; also that Swedish gov launched no charges against Assange. Barry supported release but was ungenerous.Was @ABCmediawatch fair? I dont think so

Democrats Love Saying That AR-15s Should Only Be Used On...

The US Government Hates Americans: Notes From The Edge Of...