If You Murdered A Bunch Of People, Mass Murder Is Your Single Defining Legacy

Think of an acquaintance of yours. Not someone you’re particularly close to, just some guy in the cast of extras from the scenery of your life. Now, imagine learning that that guy is a serial murderer, who has been prowling the streets for years stabbing people to death. Imagine he goes his whole life without ever suffering any consequences for murdering all those people, and then when he dies, everyone wants to talk about how great he was and share heartwarming anecdotes about him. If you try to bring up the whole serial killing thing, people react with sputtering outrage that you would dare to speak ill of such a noble and wonderful person.

“Look, I didn’t agree with everything he did, but you can’t just let one not-so-great thing from a man’s life eclipse all the other good things he’s accomplished,” they protest. “For example, did you know he was a baseball captain at Yale?”

“But… what about all those people he murdered?” you reply.

“God, why can’t you just pay respect to a great man in our time of mourning??” they shout in exasperation.

George HW Bush systematically attacked the civilian infrastructure in Iraq. He turned hospitals into death rows for infants. He widely used depleted uranium, causing cancer rates to skyrocket. He made Iraq a mass graveyard. And the killing hasn’t stopped since.

I remember feeling a deep sense of shame and anger when I visited the Amiriyah shelter in Iraq. George HW Bush killed more than 400 civilians huddled there on February 13, 1991. These are the crimes we should be discussing today.

It was George Bush Snr. who ordered the bombing of the “Highway of Death” in 1991. The death toll remains unknown. Robert Fisk, the journalist, said he “lost count of the Iraqi corpses crammed into the smoldering wreckage or slumped face down in the sand”. pic.twitter.com/Fj8cnC4aAi

You turn on the TV, and it’s nothing but nonstop hagiography and adulation for this guy who you know was a serial murderer. Pick up a newspaper and it’s the same thing. On the rare occasions where they do mention his astonishingly high body count, they frame it as a good thing: he got the killing done quickly and efficiently. He helped our country get over its phobia of mass murder. Our streets sure are a lot cleaner without all those unwanted prostitutes and homeless people he butchered.

“What the hell?” you think to yourself. “This guy brutally murdered a whole bunch of men, women and children for no good reason. We all know this. How come that isn’t the single defining thing about this man’s life that we’re all discussing right now? When Timothy McVeigh died people didn’t spend all their time talking about his love of the Constitution or how he never liked broccoli. Nobody cares how much Ted Bundy loved his cat. Why are they celebrating this mass murderer as though his mass murders are some marginal, irrelevant anomaly in his life and not the single defining feature of it? I mean, that is his legacy!”

How surreal would that be? How weird would it feel to have all that death and destruction go either unmentioned or outright praised in discussing your acquaintance who perpetrated it?

Of course, this will never happen. No random schmuck in your life will ever get caught committing a single murder, let alone many, without being punished and seeing it become the very first thing people think of whenever their name comes up. No, that sort of treatment is a privilege that is reserved only for the elites who rule over us.

The First Iraq War Was Also Sold to the Public Based on a Pack of Lies | https://t.co/zm0A5nHoqm https://t.co/X7Mkmm9l6N

If a man kills a lot of people, then his legacy is that of a mass murderer. There is nothing else anyone could possibly accomplish in their lifetime which could eclipse the significance of the act of violently ripping the life out of thousands of human bodies. I don’t care if you started a charity, if you gave a graduation speech, or if you loved your wife very much. If you committed war crimes, knowingly targeted civilian shelters, and deliberately targeted a nation’s civilian infrastructure to gain a strategic advantage after the conclusion of a war based on lies, then you are a mass murderer who may have also done some other far less significant things during the rest of your time on this planet. That is who you are.

Murder is treated as the most serious crime anyone can commit in societies around the world because it is the single most egregious violation of personal sovereignty possible. When you murder someone, you willfully overpower their will for themselves and take everything away from them, without any possibility of their getting any of it back. This doesn’t stop being true if someone happens to be sitting in an office which empowers him to murder people without fear of consequences. If you murder one person, then what you are for the rest of your life, first and foremost, is a murderer, because murder is such a hugely significant crime. If you murder a large number of people, then what you are is a mass murderer.

George HW Bush was a mass murderer. That is his legacy. That is what he was. Any discussion of the man’s life which does not put this single defining legacy front and center by a very wide margin is being dishonest about the thing that murder is, and is doing so out of fealty to a corrupt power structure which enables consequence-free murder on a mass scale as long as it happens in accordance with the will of that power structure.

Whenever I hold my customary public “good riddance” social media celebration after a war pig dies, I always get people telling me they hope I die for saying such a thing. And of course I am aware that I am courting controversy by saying immediately after someone’s death that the world is better off without them, and hostile reactions necessarily come along with that. But I also think it says so much about people’s deification of these child-killing elites that simply being glad to see them leave this world, peacefully of old age and in their own homes, is seen as such an unforgivable offense that it deserves nothing short of death. I suppose that’s how high of a pedestal you need to place someone on above the ordinary people in order to see their acts of mass murder as insignificant little foibles instead of horrific atrocities which define their entire personhood. In the eyes of the thoroughly propagandized public, they are gods, as the nonstop fawning beatification of Poppy Bush makes abundantly clear.

US presidents are not special. They are not made of any different kind of substance than you or I. When they order the extermination of large numbers of human lives for no legitimate reason, they are as guilty as you or I would be if we murdered each and every one of those people ourselves, personally. And if you or I had done such a thing during our lives, we both know people wouldn’t be spending their time after we die talking about how delightful and charming we were.

George Herbert Walker Bush was a mass murderer, and the only reason that undeniable fact isn’t dominating public discourse today is because of the myopia caused by a deeply unjust power dynamic.

Thanks for reading! The best way to get around the internet censors and make sure you see the stuff I publish is to subscribe to the mailing list for my website, which will get you an email notification for everything I publish. My articles are entirely reader-supported, so if you enjoyed this piece please consider sharing it around, liking me on Facebook, following my antics on Twitter, throwing some money into my hat on Patreon or Paypal, buying my new book Rogue Nation: Psychonautical Adventures With Caitlin Johnstone, or my previous book Woke: A Field Guide for Utopia Preppers.

Never, Ever Forget The Guardian/Politico Psyop Against WikiLeaks

Who I Am, Where I Stand, And What I'm Trying To Do Here 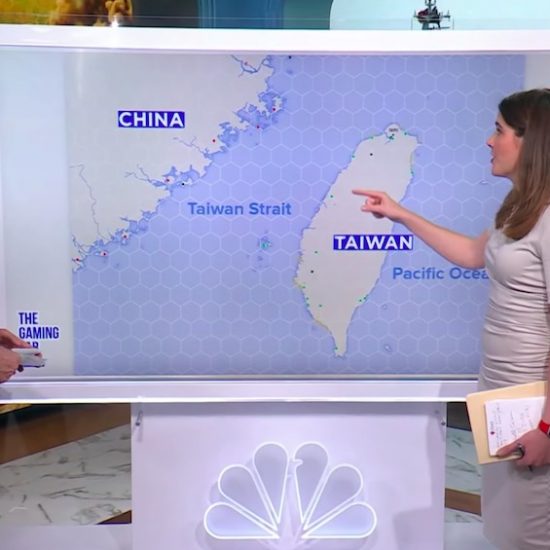 The US Cries About War Crimes While Imprisoning A Journalist...