The Real Conspiracy: Notes From The Edge Of The Narrative Matrix

Some conspiracy-type people say the world is messed up because we’re ruled by illuminati or reptilians, but I’m way more out there than that: I say our entire society is made of imaginary thought stories with little relation to objective reality, and some clever manipulators have figured out how to exploit this.

I say even what we take to be our very self is an ultimately illusory narrative construct made up of a disconnected network of thought, language and memories; look hard for a solid “me” entity and you’ll never find one. Same is true of most things people value in this world.

Manipulators without empathy rise to the top, because they’re willing to do whatever it takes and manipulate whoever they need to in order to get there. This problem is further compounded by the fact that wealth itself kills empathy. In a system where sociopaths are rewarded with wealth, and where wealth equals power, we naturally find ourselves ruled by sociopaths. They manipulate our faulty perceptions of objective reality to amass wealth and power, which they use to grab more.

For as long as there has been language and power there have been narratives circulating to advantage the powerful. Much of our so-called “culture” is just ancient power-serving proto-propaganda deliberately interwoven into our ancestors’ worldviews.

Make and keep these two promises to any manipulator in your life and they’ll lose all power over you forever:

“I promise you that I will never again believe anything you tell me about yourself.”

“I promise you that I will never again believe anything you tell me about me.”

Man China’s gonna be so surprised when it finds out it interfered in the November election.

It would have been perfectly sane and normal for a novel virus to surface in China and the world to go “Uh-oh, let’s take care of people and help one another see our species through this!” instead of ramping up propaganda campaigns and fanning the flames of cold war hysteria.

Media-driven anti-China hysteria is not about Covid-19, nor about racism, nor even really about anti-communism. It is ultimately, like most things, about power. The US empire wants global hegemony and the rising China doesn’t want to give it to them, so a confrontation is coming.

These Pentagon strategists are basically seen pleading for US leaders to try to court either Russia or China to peel them apart, but the decision has been made to aggressively escalate against them both instead, likely because they know that both Beijing and Moscow are aware if they let the other fall then they’re next. This has driven them closer together.

In a very interesting Grayzone interview last year packed full of ideas that you’ll never hear voiced on western mass media, Russia’s Deputy Foreign Minister Sergei Ryabkov spoke openly about the various ways that Russia, China, and other nations who’ve resisted absorption into the blob of the US power alliance have been working toward the creation of a multipolar world. Ryabkov said other nations have been watching the way the dominance of the US dollar has been used to economically terrorize noncompliant nations into subservience by way of sanctions and other manipulations, with Washington expecting that the dollar and the US financial system will remain “the cardiovascular system of the whole organism.”

“That will not be the case,” Ryabkov said. “People will bypass, in literal terms. And people will find ways how to defend themselves, how to protect themselves, how to guarantee themselves against any emergencies if someone comes up at the White House or whatever, at the Treasury, at the State, and says ‘Hey guys, now we should stop what is going on in Country X, and let’s squeeze them out.’ And this country sits on the dollar. So they will be done the moment those ideas will be pronounced. So China, Russia and others, we create alternatives that we will most probably continue using not just national currencies, but baskets of currencies, currencies of third countries, other modern barter schemes.”

“We will use ways that will diminish the role of dollar and US banking system with all these risks of assets and transactions being arrested, being stopped,” Ryabkov concluded.

And indeed, this is what has been happening. That, right there, is the real reason you’re being sold Russia and China hysteria today.

The first draft of the Patriot Act was rolled out a week after 9/11. Does anyone really believe they gathered all the necessary information and wrote hundreds of pages in one week from scratch? Does anyone believe there aren’t pre-planned authoritarian agendas being rolled out now?

Powerful people are with absolute certainty conspiring to exploit our current situation, and there are a multitude of theories about the specifics of how that might be happening. Calling these “conspiracy theories” is not an argument, it’s just saying what’s happening. 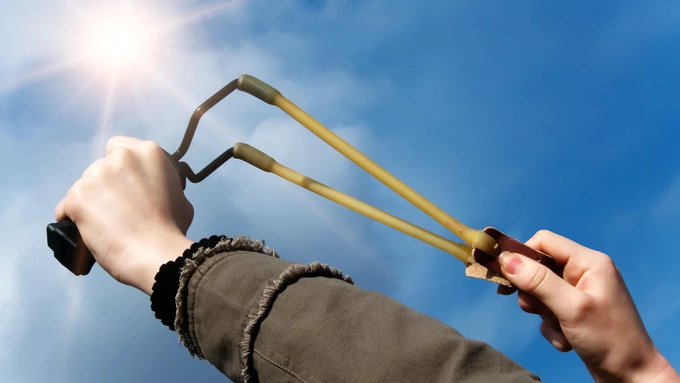 I tried adding a feature where a bunch of condescending and authoritative-sounding voices scold you for being selfish if you don’t play, but people were still like “No thank you I’d still prefer play one of those other games where I don’t get punched in the face at all.” I can’t understand it.

If Team Biden wants votes the least they could do is tell you who his handlers will be if he gets elected. Just a simple introduction, “Hi I’m Ted, I’ll be making all the president’s fiscal policy decisions while he watches Matlock” etc.

Most political arguments are basically just someone saying “Hey maybe our society doesn’t have to be sociopathic and crazy” and then someone else calling them unreasonable.

There are such large-scale shifts happening in such an unclear information environment right now. Those of us who are dedicated to truth will probably have to revise our understanding of what’s going on in the world in some very significant ways within a few months.

To minimize infection the UK is granting early release to all non-violent, non-Julian Assange prisoners.

America has the Second Amendment because a well-armed populace is a nation’s best defense against tyranny, like in case a class of plutocrats hijacks the government and starts stealing ever-increasing amounts of wealth and power away from the citizenry or something.

There are two kinds of journalists: those who present themselves as unbiased reporters of objective factual reality, and those who are honest.

Thanks for reading! The best way to get around the internet censors and make sure you see the stuff I publish is to subscribe to the mailing list for my website, which will get you an email notification for everything I publish. My work is entirely reader-supported, so if you enjoyed this piece please consider sharing it around, liking me on Facebook, following my antics onTwitter, checking out my podcast on either Youtube, soundcloud, Apple podcasts or Spotify, following me on Steemit, throwing some money into my hat on Patreon or Paypal, purchasing some of my sweet merchandise, buying my books Rogue Nation: Psychonautical Adventures With Caitlin Johnstone and Woke: A Field Guide for Utopia Preppers. For more info on who I am, where I stand, and what I’m trying to do with this platform, click here. Everyone, racist platforms excluded, has my permission to republish, use or translate any part of this work (or anything else I’ve written) in any way they like free of charge.

Op-Ed: Refusing To Vote For Truden Is The Same As Voting For Bimp

It’s Spelled ‘Dead Asshole’, Not ‘Philanthropist’: Notes From The Edge Of The Narrative Matrix

Before I started this gig I'd been putting most of my energy into healing and inner work; I didn't have a grasp on sectarian and factional dynamics online. Back then it never would've occurred to me that someone going on Fox News to defend Assange might be condemned by leftists.

Tonight's 'Project X' reveal will be streaming LIVE on the @JimmyDoreShow on You Tube!

Think about Public Relations and their relationship to the truth and to the media. 37 Tips For Navigating A Society That Is Full Of Propaganda And Manipulation | by Caitlin Johnstone | Medium https://caityjohnstone.medium.com/thirty-two-tips-for-navigating-a-society-that-is-full-of-propaganda-and-manipulation-f3798079fea6

@EmmaVigeland @briebriejoy Simple question: do you want Assange freed or not? If yes, then you really can’t be mad at this appearance. Don’t lose sight of the end goal.

It’s Spelled ‘Dead Asshole’, Not ‘Philanthropist’: Notes From The Edge...

Stop Trivializing The Term ‘Coup’: Notes From The Edge Of...

America Keeps Claiming Governments It Hates Are Paying Bounties On...

Nuclear War, Capitalism, And Other Notes From The Edge Of...