HomeArticleAustralia Is A Giant US Military Base With Kangaroos: Notes From The Edge Of The Narrative Matrix
Article
author: Caitlin Johnstone
3 likes
13569 seen
78 Comments

Australia Is A Giant US Military Base With Kangaroos: Notes From The Edge Of The Narrative Matrix 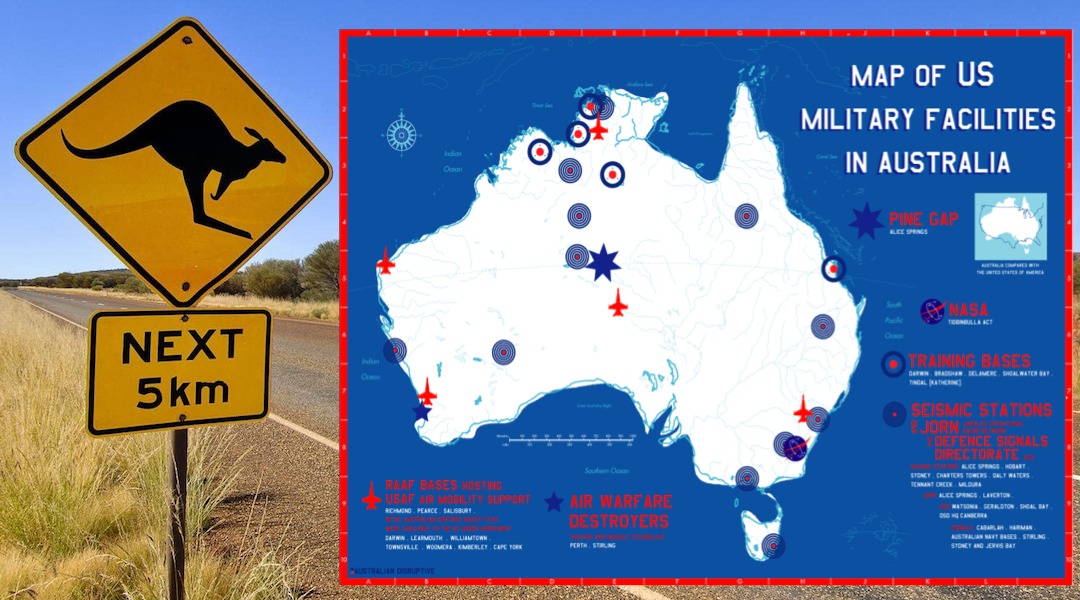 Listen to this article:

Everyone around the world should criticize the US empire constantly and without apology. Nobody anywhere ever needs to justify or defend criticizing the most powerful, destructive and influential government on earth. It’s always right to criticize America, in any way you choose.

Consider the possibility that the most powerful government on earth got that way largely by being willing to do whatever it takes to claw its way to the top, no matter how many people it’s needed to kill and oppress to get there and remain there.

The US empire is the single most depraved and murderous power structure on earth. The Democratic and Republican parties are two Nazis arguing over which route to take to bring their captives to the concentration camp.

Oh my fucking god could Australia be any more of a pathetic simpering basement gimp for Washington?? Our politics, our media, everything about this fucking place is just grease for the US war machine. We're not a country, we're a giant military base with kangaroos. https://t.co/cySPxXKac2

If you believe anti-Zionism is anti-semitism, then you’re naturally going to see an uptick in “anti-semitism” every time Zionism rips children’s bodies apart with explosives.

What is being done to Palestinians would be horrific and inexcusable regardless of the ethnicity or religion of their persecutors. Opposing apartheid injustice and abuse has nothing to do with opposing anyone’s religion, and attempts to claim it does are made in bad faith.

If I wanted to sabotage the pro-Palestine movement, I would make myself a part of the conversation by criticizing Israeli abuses and supporting Palestinian rights, then I’d start going “This rise in anti-semitism sure is concerning though, can we pause and focus on this please?”

The rapist was forced to murder his rape victim because she tried to fight him off. The rapist has a right to defend himself. Rape has a right to exist. This is actually a very complex issue, too complicated for you to understand.

Everyone knows the best way to avoid killing civilians is to fire military explosives directly at the places where you know civilians live. https://t.co/TpnPoF164a

If Russia would’ve just let the US do its thing with the Ukraine coup and the proxy war to topple Damascus, there would not have been a Russia panic, because the US war machine would not have felt an argent need to manufacture one. But then Russia would’ve eventually found itself surrounded by a sea of hostile empire and forced to relinquish its sovereignty.

Same goes for China asserting its own power regionally and economically. At some point Russia and China both realized that if they don’t start taking bold action to prevent the US empire from absorbing the entire world, they’re going to slowly see their allies and trading partners disappear until they’ve got no choice but to join. That’s all we’re seeing with all this hysteria.

If you don’t interfere in the empire’s agendas of conquest and absorption, it won’t be in a hurry to get rid of you; it will just absorb you when it’s got time and nothing else to devour. Interfere with its war machine, though, and you’re in for it.

Steal from The New York Times. It’s not legitimate for the “paper of record” whose narratives shape your world to hide its stories from you behind a paywall. Use apps, use private browsers, use archive.is; any method used to access NYT and similar outlets without paying them is perfectly legitimate. That information is your right; you shouldn’t have to pay a plutocratic propaganda institution just to find out what it’s telling people.

One of the ugliest lasting effects of Russiagate has been the way it's now considered acceptable in mainstream circles to just randomly accuse journalists of being secret agents conducting psyops for foreign governments. The Age of Maddow melted these people's brains. https://t.co/32C4V6d8h9

Imperialists often favor corporate liberals over conservatives in the western world because they now see liberals as better custodians of the empire’s western branches. There’s dwindling support for Bible thumpers and racists in our society, so the empire seeks better drivers.

And you may be sure that the opposite would have been the case if our society hadn’t become too conscious to accommodate the right’s ugliest aspects at mass scale. If racism had retained widespread popular support, all oligarchic institutions would’ve backed Trump to the hilt. All they care about is power and continuing their reign.

My work is entirely reader-supported, so if you enjoyed this piece please consider sharing it around, following me on Facebook, Twitter, Soundcloud or YouTube, or throwing some money into my tip jar on Ko-fi, Patreon or Paypal. If you want to read more you can buy my books. Everyone, racist platforms excluded, has my permission to republish, use or translate any part of this work (or anything else I’ve written) in any way they like free of charge. The best way to get around the internet censors and make sure you see the stuff I publish is to subscribe to the mailing list for at my website or on Substack, which will get you an email notification for everything I publish. For more info on who I am, where I stand, and what I’m trying to do with this platform, click here.

How To Sabotage The Pro-Palestine Movement

Israel Narrative Management Is Getting Incredibly Desperate And Brazen

"At least people who live under more overtly authoritarian governments know who rules over them and who's calling the shots. In that sense, they have more freedom than us." @caitoz https://caitlinjohnstone.substack.com/p/when-will-foreign-leaders-start-asking?r=173b3n&s=r&utm_campaign=post&utm_medium=email 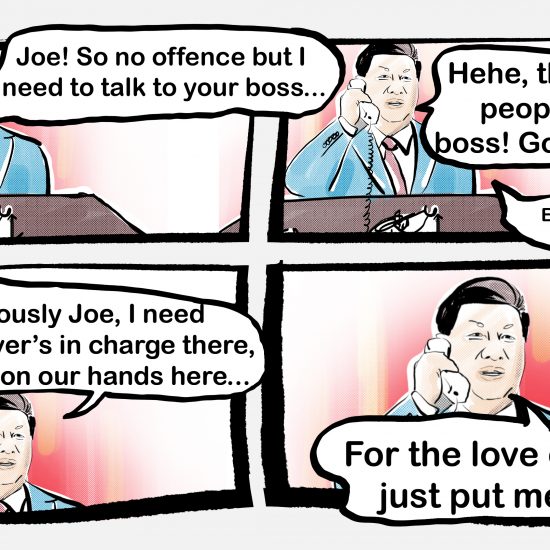 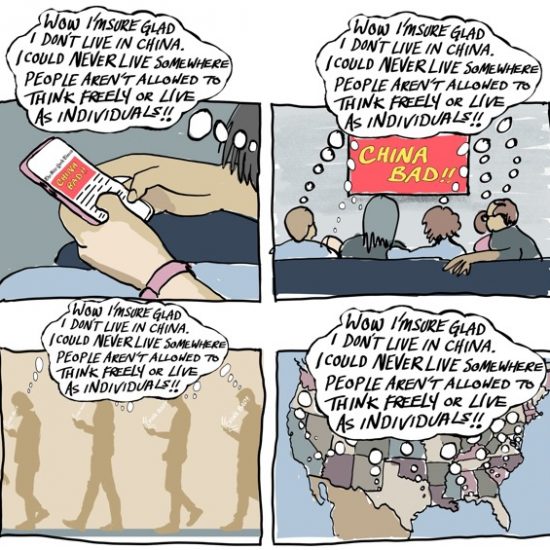 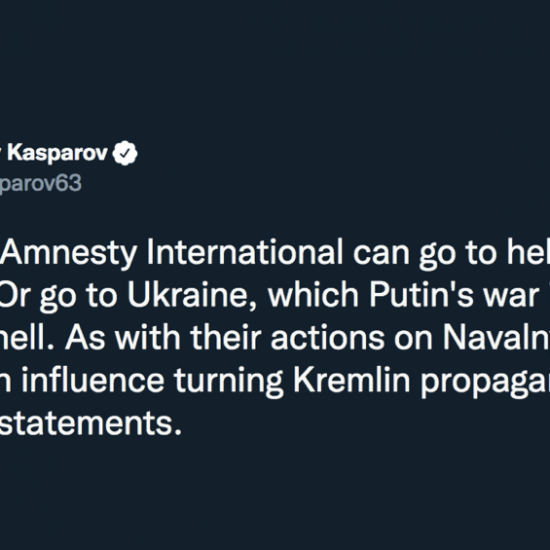 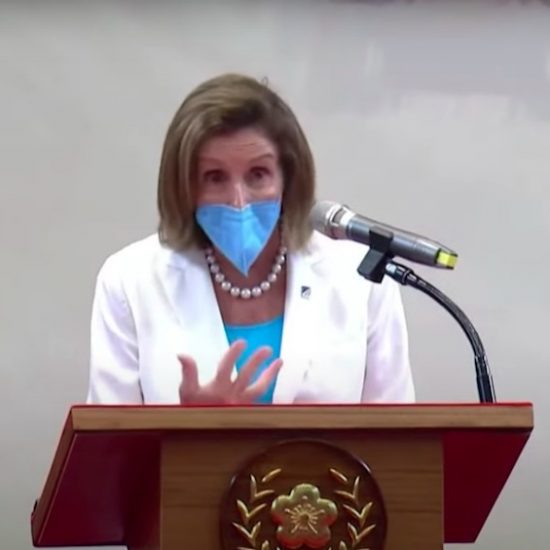 The US Military Was Just Used To Help A Dementia... 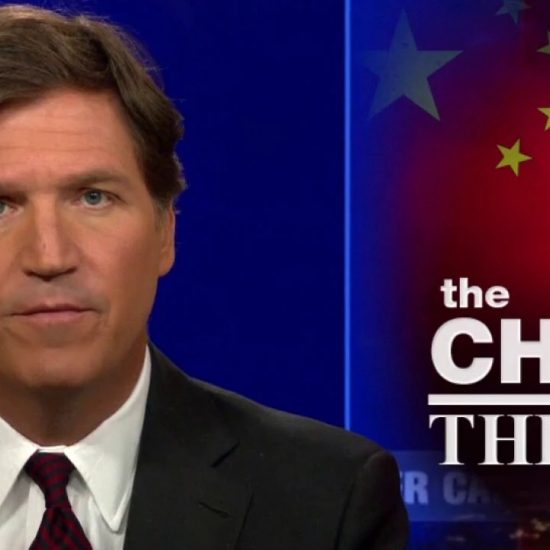 In The US You Can’t Witness An Execution If Your...