Off the top of my head I have a hard time thinking of anything sleazier than smearing peace talks in order to gain partisan political points, but that has indeed been the theme of the last few days when it comes to the Singapore summit. Liberal pundits everywhere have been busily circulating the narrative that Kim Jong-Un “played” Trump by getting him to temporarily halt military drills in exchange for suspended nuclear testing. It was the most fundamental beginning of peace negotiations and a slight deescalation in tensions on the Korean Peninsula, but the way they talk about it you’d think Kim had taken off from Singapore in Air Force One with the keys to Fort Knox and Melania on his lap.

I’m not sure how far up the military-industrial complex’s ass one’s head needs to be to think that one single step toward peace is a gigantic take-all-the-chips win for the impoverished North Korea, but many of Trump’s political enemies are taking it even further.

Senate Democrats have introduced a bill to make it more difficult for Trump to withdraw US troops from South Korea, because while you can always count on Capitol Hill to make it incredibly easy for a president to deploy military personnel around the globe, giving that same office the power to bring troops home is a completely different matter.

Surprising no one, MSNBC’s cartoon children’s program The Rachel Maddow Show took home the trophy for jaw-dropping, shark-jumping ridiculousness with an eighteen-minute Alex Jones impression claiming that the chief architect of the Korean negotiations was none other than (and if you can’t guess whose name I’m going to write once we get out of these parentheses I deeply envy your ignorance on this matter) Vladimir Putin.

Saner voices have been pushing back against this madness, none in my opinion more lucidly than South Korea-born peace activist Christine Ahn in an interview with Sarah Lazare for In These Times, who discussed how “Trump’s proven willingness to turn on a dime and engage in dangerous brinkmanship with North Korea” makes it “especially reckless for self-professed liberals to pressure the president to be more confrontational.”

“It is very dangerous to pressure Trump to be hardline,” Ahn said. “We have to put all of our efforts into ensuring this goes well and is not undermined. Look who’s in Trump’s cabinet: John Bolton, Mike Pompeo, and tomorrow is the confirmation meeting for Harry Harris, the former head of Pacific Command—a military man with a hardline position against China and North Korea, now likely the new ambassador to South Korea. If things don’t go well, we are in an incredibly dangerous situation.”

Ahn makes the case that people who most distrust Trump should be the most eager to see him strike a peace deal, and of course they should. This president is facilitating acts of military violence and dangerous escalations around the world; anyone who isn’t relieved by the possibility of one powder keg being defused in that rampage actually has a lot more faith in Trump’s competence than they’re pretending to.

Less dangerous than the appeals to Trump’s massive ego that he should be more tough and warlike are the constant appeals to pessimism I’m seeing from smug, world-weary commentators, which in my opinion are still pernicious in their own way.

Pessimism is a hell of a drug. Since most humans are deeply conditioned organisms and thus generally predictable, any bet against their ability to break out of their old habitual patterns is generally a safe one. Political analysts who do this are rewarded with both a reputation for making accurate predictions (which they will never fail to remind everyone of and crow about) and the hit to their brain’s reward center that they get from being right. If you enjoy being proven right and feeling smug about it, pessimism is the drug for you.

The Korean Peninsula’s peace negotiations are replete with opportunities to make pessimistic predictions; about Trump messing it all up, about agreements falling through, about settling back into the same old patterns which have been diminishing the quality of tens of millions of lives on both sides of the demilitarized zone. It is easy to make such predictions about the plight of the Korean people and about the plight of our species in general. But it is optimism which will actually bring us out of those old patterns.

Indeed, that’s all optimism really is when you come right down to it: a faith in the human ability to pull out of unwholesome patterns. Whether you’re discussing the possibility of an individual maintaining sobriety, the possibility of two nations putting aside generations-old hostilities and moving into a new relationship, or the possibility of our species pulling out of its omnicidal, ecocidal trajectory toward extinction and turning its intellectual and creative powers toward creating a collaborative relationship with one another and with the environment instead, you are talking about humans breaking old patterns.

End of Korean War may be in sight https://t.co/UOVWtmk5Th

The revolution that we are fighting is being fought first and foremost not by the politicians, not by the activists, not by the journalists, but by the healers. The people who have committed to doing their own inner heavy lifting and uprooting their old, unhelpful conditioning patterns so that they can move through the world consciously and efficaciously instead of reacting unconsciously through the perceptual filters and mental habits born of childhood traumas and confused coping mechanisms. These are the people who are on the front lines of the battle to draw humanity out of its old unwholesome societal patterns born of countless generations of war, slavery, exploitation and degradation and into its new potentiality.

And they are all optimists. Nobody ever rose above themselves by the firm belief that they couldn’t, and no societal evolution ever took place because its leaders believed it wasn’t possible.

When you’re talking about things that people don’t have much control over, like the weather, it doesn’t matter much if you’re a pessimist or an optimist; it’s going to rain when it’s going to rain whether you think it will or not. But when you are talking about the ability to transcend old patterns, self-fulfilling prophecy comes into play. The belief that your individual conditioning patterns are unchangeable guarantees that they will remain as they are. Promulgating cynicism and pessimism makes humanity that much more locked into its old patterns.

Luckily, the opposite is also true. A confidence that you are not defined by your mental habits nor are you doomed to repeat them gives you the ability to heal and rise above them. Promulgating optimism and the belief that humanity can win this thing makes us that much more likely to.

And it is already happening. A US president meeting with the North Korean leader was until recently unthinkable. The anointed queen Hillary Clinton failed to be installed into office. The old mass media monopoly on information and dominant narratives is eroding more and more every day. Day by day we’re seeing gaps in the old patterns and becoming a little more prone to expecting the unexpected.

The movement into the light of consciousness is a movement out of our old, deeply conditioned patterns. This means that the more we move away from our trajectory of death and destruction, the more wildly unexpected occurrences will start popping up. The gaps between the bars of our cages will emerge from way out of left field, because they will not arise from the old repetitive cycles which brought us here. The pessimists won’t see it coming. The optimists won’t either, but we’ll be delighted when it arrives.

Pessimists get to be right most of the time, and that is very nice for them. But it’s optimists who are pointed in the direction of light and life. It’s optimists who will save the world. Be an optimist.

Internet censorship is getting pretty bad, so best way to keep seeing the stuff I publish is to get on the mailing list for my website, so you’ll get an email notification for everything I publish. My articles and podcasts are entirely reader and listener-funded, so if you enjoyed this piece please consider sharing it around, liking me on Facebook, following my antics on Twitter, checking out my podcast, throwing some money into my hat on Patreon or Paypal, or buying my bookWoke: A Field Guide for Utopia Preppers.

The universe is becoming more and more perceptive. More and more sentient. More and more capable of knowing itself to greater and greater degrees of depth, breadth, and complexity. It's like a baby slowly developing self-awareness. 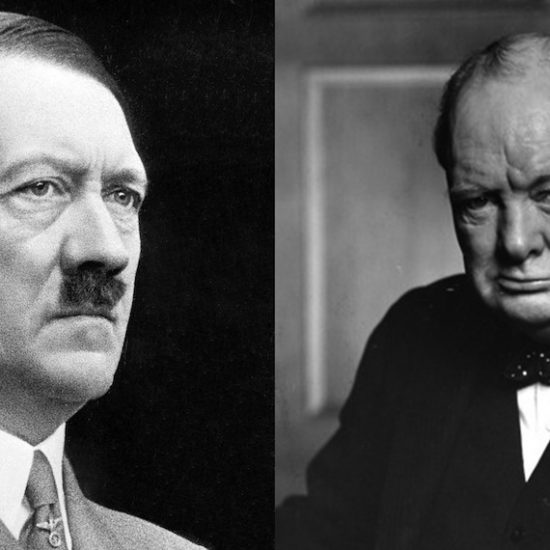 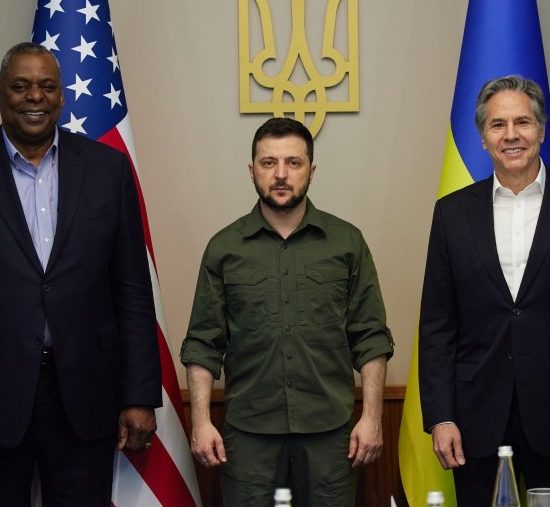 This Proxy War Has No Exit Strategy

MSM Offers Rare Glimpse Into How Bad Things Are Really... 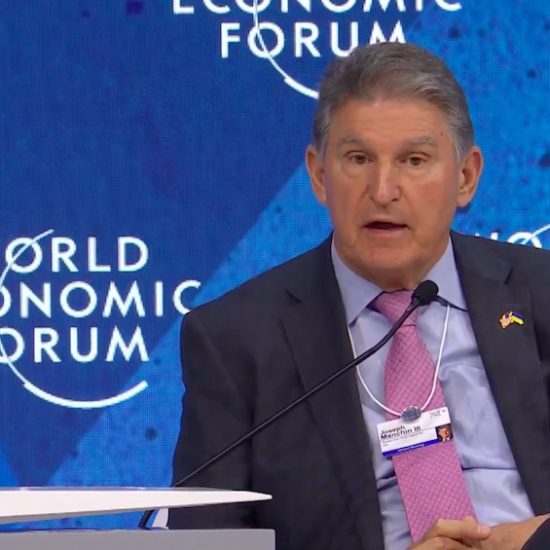 They’re Just Outright Telling Us That Peace In Ukraine Is... 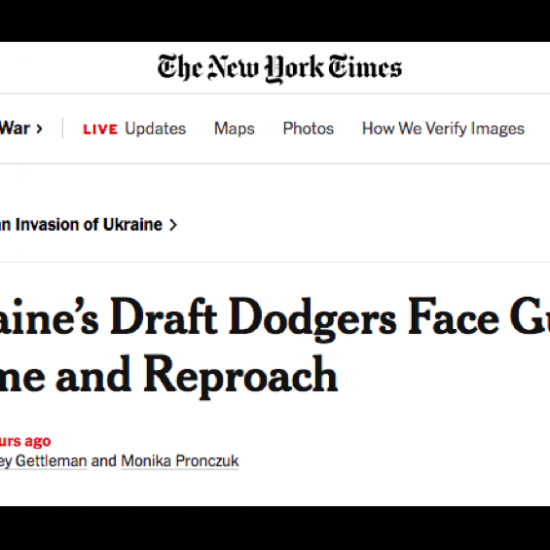 A Love Letter To All Draft Dodgers