Nationwide Dementiafest: Notes From The Edge Of The Narrative Matrix

Joe Biden. Joe Biden. Joe fucking fucking motherfucking Biden. In a country of 328 million people the guy that gets elevated to the top is literally one of the very worst human beings in the entire population. That’s the “democracy” you’re being told is under attack.

The inauguration was a whole internet of liberals performing amazing mental contortions to forget that Joe Biden is a disgusting piece of shit. Now everyone has forgotten who Joe Biden is, including Joe Biden. A nationwide dementiafest.

Obama campaigned on Hope and Change and delivered nothing but neoliberal oppression and imperialist mass murder. Biden campaigned on “Fuck you, no” and people think he’s somehow going to deliver something positive.

People are so cute.

Joe Biden would be the absolute dead worst Democratic primary candidate if he runs, far worse than any of the other corporate whores they've got lined up. Overall there's no reason to believe he'd be any better than the current asshole in the White House.

You can do it Democrats! Just two years of stalling progressive change before you lose the House and Senate and can start claiming the lack of progress is due to an obstructionist congress!

I still can’t get over the fact that Dems consciously chose not to give Americans the amount of money they said they would. They discussed it, then said “Nah. Too much. Subtract that $600 from before.”

Leftist: There’s been a bombing!

Leftist: The Middle East and Africa mostly. Our government drops bombs there every day.

Liberal: Ohh thank God. I thought you meant a bombing of real people.

Ask people if they believe all lives are of equal value regardless of where in the world they live and how much money they have, and most will tell you yes. But if you look at their worldviews and the lives those worldviews tend to snuff out, for most the real answer would be no.

The majority of the people who rightly say Black lives matter give zero fucks about the people of color who are being butchered by the US empire in the Global South right now. Mass media punditry trains people to only values the lives in their own part of the world.

Being an anti-imperialist in this society is like being the black sheep of the family who never gets invited to holiday dinners because she always brings up the fact that Uncle Larry is a child molester.

Days that Biden has chosen not to honor his campaign promise of ending US support for the mass atrocities in Yemen: pic.twitter.com/JuFNvuYCX1

Every day Biden chooses not to move on ending the war in Yemen translates directly into many more dead children. This is not an exaggeration, it is a fact. It requires much, much more urgency than it’s getting.

Trump’s actions in Yemen alone make him a monster whose name should only be spoken with disgust. If you abhor Obama for his warmongering there’s no legitimate reason not to abhor Trump as well.

There are already at least three likely 2024 presidential candidates against whom the Democratic candidate would be the lesser evil: Mike Pompeo, Nikki Haley, and Tom Cotton. This system is designed to feed you an endless river of evil so that you are floating in evil all the time no matter how you vote.

They're so full of glee I can only assume the inauguration features a mountain of dead Middle Eastern children somewhere. pic.twitter.com/VBTpcrKnLF

The way to stop the rise of right wing extremism and conspiracy theories is to end government corruption and government secrecy, not to implement authoritarian measures under the banner of fighting terrorism. This is obvious to everyone who isn’t an idiot.

To stop fascism they’ll roll out Patriot Act 2, secretly implement more FBI programs, surveil, censor, militarize, anything except change the conditions which feed into the rise of fascism.

Because their rule depends upon those conditions.

And because they’re fine with fascism. 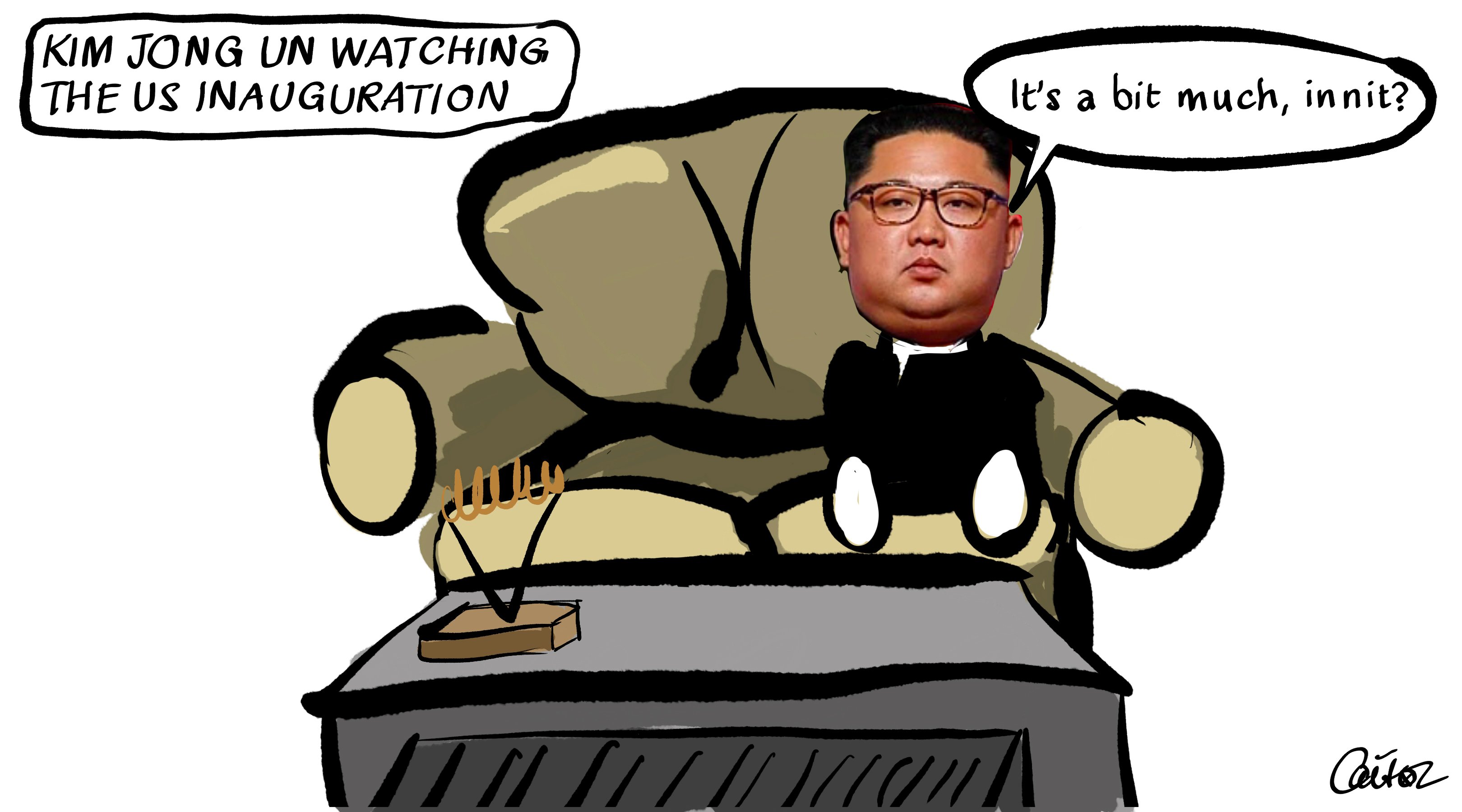 One advantage the far right has over us is that the mainstream consent-manufacturing shitlib culture that is churned out 24/7 by Hollywood is so plainly artificial and cringey. The left needs to fight back by creating culture, real culture, authentic art and media that moves something deep in people, and by rejecting the establishment’s conveyor belt culture instead of just its politics.

This is why something as simple as Bernie Sanders turning up in mittens captured everyone’s hearts and imaginations. It was such a glitch in the whole phony performance and such a nice break from being lied to all the fucking time. We need to give people that experience way more.

Trust in the plutocratic media is at an all-time low and our ability to network and share information is at an all-time high. We absolutely do have a window to wake each other up from the propaganda and create a healthy world. But internet censorship is creeping forward, so means it must be soon.

Thanks for reading! The best way to get around the internet censors and make sure you see the stuff I publish is to subscribe to the mailing list for at my website or on Substack, which will get you an email notification for everything I publish. My work is entirely reader-supported, so if you enjoyed this piece please consider sharing it around, liking me on Facebook, following my antics on Twitter, throwing some money into my tip jar on Patreon or Paypal, purchasing some of my sweet merchandise, buying my new book Poems For Rebels (you can also download a PDF for five bucks) or my old book Woke: A Field Guide for Utopia Preppers. For more info on who I am, where I stand, and what I’m trying to do with this platform, click here. Everyone, racist platforms excluded, has my permission to republish, use or translate any part of this work (or anything else I’ve written) in any way they like free of charge.

You Counter Trumpism By Ending The Conditions Which Created It, Not With Authoritarian Policies

You guys always babble about whose "fault" it would be if there's a nuclear holocaust. Like it being someone else's fault would be any motherfucking consolation to anyone as it happened.

@caitoz If Biden called putin dumb and putin nuked the world, would that still be Biden's fault? Or is there something, you know, not black and white about this as you seem to imply?

I love when nafo trolls complain to me that I blocked them from their zero-follower sock accounts. Bitch you can belong to an international astroturf trolling operation designed to silence critics of US foreign policy OR you can complain about being blocked, you can't do both.