Study US Foreign Policy By Looking At Oil Reserves: Notes From The Edge Of The Narrative Matrix

None of the world’s worst people are in prison. Most of them are fabulously wealthy and widely esteemed. Our systems are not set up to reward beneficial action and punish wrongdoing; at the scale that really matters, they are set up to do the exact opposite.

One of the main reasons it was necessary to rehabilitate the popularity of George W Bush was because otherwise it would be harder to get future presidents to do the kinds of things he did.

Dave Weigel retweeting a sexist joke has ignited more mainstream controversy about the Washington Post than the fact that the Washington Post lies about every US war and is solely owned by a plutocratic intelligence contractor whose interests diametrically oppose the public’s.

You can learn more about US foreign policy from a casual glance at a list of the world’s largest proven oil reserves than you can from a lifetime of consuming mainstream news media. 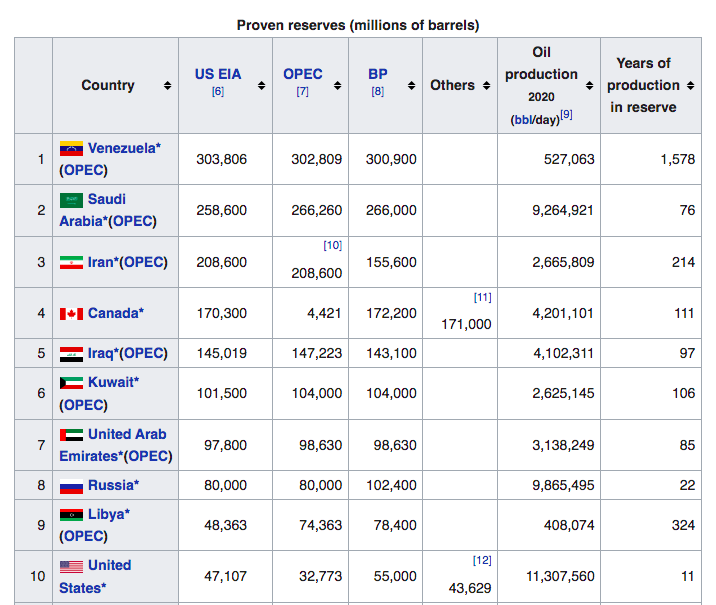 So to be clear, emails were leaked showing a major British media figure conspiring with an intelligence operative to subvert everyone to the left of Tony Blair, those emails were independently verified by that media figure, and in response to this you’re meant to get mad at Russia.

I have no idea who Grayzone’s source was, but if Russian hackers are indeed exfiltrating authentic documents about the powerful and leaking them to the public I say bully for them. It’s not like we can get information about their dirty secrets ourselves.

Authenticated private communications obtained by hacking are more trustworthy than public communications, not less. The latter only shows you what the speaker wants people to hear; the former shows you who they really are, and what they’re really about.

Mason’s leaked emails show him speaking with an intelligence contractor about using PayPal deplatforming to subvert empire-critical voices. Now two more have been deplatformed: Wyatt Reed and Jackson Hinkle. Empire managers know exactly what they are doing. This is a coordinated attack.

In less than 45 days, PayPal has banned @MintPressNews , @Consortiumnews , @calebmaupin & now @wyattreed13 , @jacksonhinklle + more in a witch-hunt against antiwar journalists and outlets.

GoFundMe took down our fundraisers.

The sanctions regime is targeting its own citizens.

Every government is comparable to Nazi Germany except the racist genocidal imperialist government who recruited Nazis after WWII and is currently arming Nazi factions to help it dominate the world.

A liberal will make fun of a conservative for doing stupid bullshit “to own the libs” and then immediately turn around and advocate World War Three to own Putin.

Liberals are fascistic tyrants and conservatives are whiny little bitches who run around looking for excuses to get offended.

The progressive Democrat strategy of slowly changing the system from within only makes sense if you (A) pretend you’ve got several centuries to gradually push for drastic revolutionary changes that are urgently needed right now and (B) pretend the system isn’t expressly rigged against change.

Royal families are just the descendents of whoever was murderous enough to take the throne from whoever had it before.

US intelligence is balls deep in Ukraine on every conceivable level and the imperial war machine is trying to pretend it doesn’t know exactly what’s happening in its own proxy war.

Despite the flow of billions of dollars in weapons to Ukraine, U.S. intelligence agencies have less information than they would like about the country’s war strategy and know far more about Russia’s military, according to officials. https://t.co/Pa5WzGuAOC

I still haven’t found the right words to adequately express my disdain for people who act like they’re brilliant up-punching anti-establishment critical thinkers and spend all their time mindlessly regurgitating CIA lines about China.

Europeans set sail to conquer and colonize populations around the world. China built a wall. These are two very different cultures and values systems. The western assumption that China wants to take over the world and give us all social credit scores is based on pure projection.

This assumption is also premised on the absurd belief that Beijing has been watching the US empire rapidly burn itself out with its role as unipolar hegemon and thinking “Hey, that looks awesome! Let’s definitely do that!”

The belief that China wants to conquer and colonize a bunch of white foreigners is about as well-founded as the old belief that black people were trying to move into white neighborhoods to have sex with white men’s wives. Not everyone wants what you have, dudes. You’re not that enviable.

We all kind of know our situation is unsustainable. On some level we all know it, whether we admit it or not. That’s why post-apocalyptic movies and TV shows have done so well. But people can’t face it directly, so they just distract themselves with nonsense and shriek about Xi and Putin.

They Plan On Repeating "Putin's Price Hike" Until People Believe It

"He gains credibility by appearing to fight the power, then uses that stolen credibility to help manufacture consent for the most high-priority agendas of the powerful."
https://soundcloud.com/going_rogue/tucker-carlson-is-as-much-a-propagandist-as-anyone-else-in-media

Western propaganda on the Russian invasion of Ukraine has been unlike anything I've seen. Not even 2002/3 compares. The EU pressure on all platforms to ban all Russian voices is greater, more chilling, than is known. This is who is being flooded with very sophisticated weapons.

Brilliant article by Caitlin Johnstone, @caitoz, who writes:
"Carlson introduced Bolsonaro as a leader who opposes “allowing Brazil to become a colony of China,” implanting the idea that this is a real thing in his gullible audience’s mind."
https://caitlinjohnstone.com/2022/07/02/tucker-carlson-is-as-much-a-propagandist-as-anyone-else-in-media/

There is no more important goal for the empire than securing US hegemony by halting the rise of China, and there's no figure more effective in manufacturing consent for that goal than Carlson.
https://caitlinjohnstone.substack.com/p/tucker-carlson-is-as-much-a-propagandist

It's really bad here. On multiple occasions I've had complete strangers start mindlessly regurgitating anti-China propaganda at me in the middle of casual small talk.

@caitoz Unfortunately aussies are particularly rabid and racist about China . Despite our idiot government most of us kiwis dont really care . Adern will be gone in the next election