Who Has Profited From Your Beliefs?

Have you ever stopped and considered how the ideas in your head got there? Especially the ideas you hold as true and important?

I mean really considered it. All the way through. Maybe you know that some of your beliefs and values were put there by your parents, by your religion, or by a book you read once, but where did those ideas come from before that? And what about the ideas that they are premised upon?

If you trace any widespread idea back to its source, you start bumping into an awful lot of very powerful people. Many popular political opinions today can be traced back to think tanks, groups of academics who are paid to come up with arguments and ideas which support a particular agenda, and to circulate those arguments and ideas wherever they can have maximum impact. These think tanks are funded by extremely wealthy plutocrats, and sometimes by secretive government agencies, all of whom have a vested interest in the agenda being advanced. Today you’ll routinely see these think tanks quoted by the mass media as legitimate sources of information on any number of important topics.

All news media must be consumed with an acute awareness that there are extremely powerful people who have a vested interest in manipulating the way you think and perceive. It's just a fact, and if it isn't at the forefront of your consciousness, your worldview will be malformed.

Many of the ideas people hold as true and important were placed there by powerful individuals who are pulling the levers of society currently. Others are vestigial relics that were sown into social consciousness hundreds or thousands of years ago by long-dead rulers. It isn’t a coincidence that the Roman Empire espoused and promoted a religion which glorifies humility, poverty and obedience, anymore than it was a coincidence that Chinese emperors promoted the power-serving filial piety of Confucianism. Blessed are the meek. Blessed are the poor. Turn the other cheek, and, most importantly, render unto Caesar what is Caesar’s. Don’t rise up and kill the rich king whose lavish palace is starving you; you will be punished with hellfire if you do and rewarded with paradise if you don’t. Not now, though. After you’ve been used up, died and been buried underground.

The fact of the matter is that the ideas which have taken the most widespread hold in social consciousness are those which were advanced by people with influence over society, and the people with the most influence over society are, and always have been, those in power. It is self-evident that those in power are always going to encourage belief systems within the populace which benefit those in power, so, logically, most of the popular beliefs, values and ideas in our society exist predominantly because at some point, someone powerful wanted them to.

So now we’ve got a world in which powerful people inject beliefs into social consciousness that benefit the powerful, as well as vestigial, culturally ubiquitous ideas from ages past about how important it is to be placid and obedient. This has led to a dynamic in which anyone who wants to have power can easily learn to find purchase in the popular power-serving belief systems with which our culture is saturated, and manipulate people into giving them that power.

You see this all the time in politics of course, but also in unhealthy family dynamics and relationships, in cults, in religious and spiritual circles and activist groups. These old ideas have created cultural norms which facilitate an environment that is not only comfortable for those already in power, it also elevates those among us who are immune to the guilt and shame the powerful use for their own benefit. Doctrines like “judge not lest you be judged,” “take the log out of your own eye” and forgiveness practices and so on only work on sincere humans who don’t want to be hypocritical or to hurt another person. For manipulators, they are just another way of guilting others into not taking action while they patiently move their chess pieces to get what they want. Guilt and shame are water off a duck’s back for a sociopath, so in a culture where the powerful use these emotional responses to keep people from uprising, sociopaths thrive and dominate in every other sector as well. 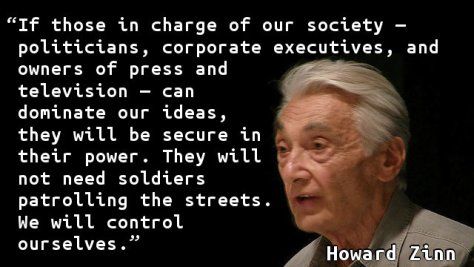 A new kind of understanding of sovereignty is beginning to emerge within all of us as individuals, however, and you can see this echoing out into the world at large. It is not enough anymore just to have the appearance of leaving a person, people, or country alone in the physical realm, but the human spirit is now demanding that the sovereign boundaries of the mind become well understood and respected. You can see this in the rejection of rape culture, where women are saying no not just to being forcibly penetrated, but to being guilted, shamed, tricked, or held under obligation to have sex as well. You can see it in the growing distrust of the mass media, where more and more people are getting fed up with the fact that all their information is being filtered and manipulated by an elite class with a vested interest in controlling how they think and perceive.

This is an important recognition, and its ramifications will be felt in all spheres. A rejection of all the ways that we are defrauded out of our own sovereignty will follow, whether that be by advertising, religion, think tanks, psy-ops and any of the other countless ways our minds and wills are hacked to facilitate another’s agendas. Gradually, our will will be returned individually, and with that clarity the will of the people will take power again as a whole, working harmoniously together as a seamless improv team of master craftsmen and women to create our new world, free from the constant sabotage of the word magicians and master manipulators.

Who has profited from the various beliefs that you have in your mind? Not just monetary profit, but social, sexual, and egoic profit as well? The more deeply people consider these questions, the healthier our society can become.

Ten Things That Are More Selfish, Stupid And Privileged Than Voting Green Party

What If There Were No Official Narratives?

Lots of tickets are still available for the event George W. Bush is speaking at tomorrow (Monday) in Long Beach CA. You need a vaccination card & photo ID to get in. Here is the link: https://tix6.centerstageticketing.com/sites/distinguishedspeakers6/tickets.php?type=interactive-chart&step=1&c=737&e=559&d=956

"They're working so hard to manufacture the consent of the public for this bullshit because they require that consent. So don't give it to them. Fight the unleashing of this omnicidal horror every step of the way."

“There’s no reason the US and China can’t simply get along and work toward the benefit of the world together. The only obstacle to this is a few western imperialists deciding US unipolar hegemony must be preserved at all cost” https://link.medium.com/V8ycoV66Gjb

The goal of our current economic system is unlimited profit for the few. We must remake the system with a goal of human flourishing on a healthy Earth.